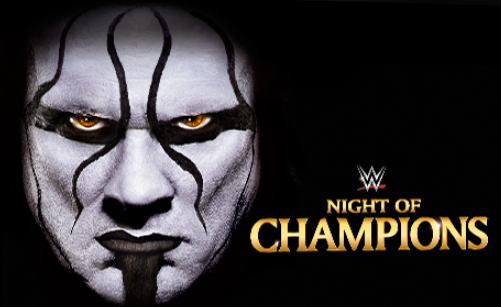 Hey there nerds and nerdettes. Today is a bit of a departure as this post is dealing strictly with wrestling and not comics. I’d apologize but this is my blog and I’ll do what I want! Nobody puts Scottie in a corner. Here is my re-cap/review of WWE’s Night of Champions PPV (WARNING: SPOILERS AHEAD)… 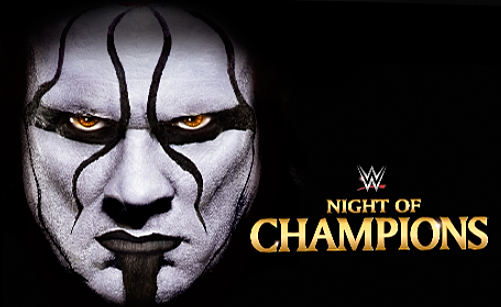 Pre-show match: 6-Man tag match between Stardust and The Ascension vs. Neville and The Lucha Dragons

This was a fun match exclusively featuring you and up and coming talent. Cody Rhodes… ahem… Stardust continues to be the most underrated superstar on the WWE roster. They have finally seen fit to give Stardust a stable and make use of once highly touted Ascension. The finish was good as it will allow the Stardust and his crew to gain some momentum without diminishing Neville or The Lucha Dragons. I only wish they had not stopped the association between Stardust and the Cosmic King Wade Barrett. The inclusion of Barrett would really have made this new faction seem formidable.

Kevin Owens has won me over in spite of the fact that they were having him do some really dumb stuff after he inevitably had his momentum squash by John Cena. I like Ryback sitting at the top of the mid-card. He simply doesn’t have the charisma to be a main event player but his physique and ultra good guy persona harken back to the heyday of Lex Luger. This match had some quality selling on Ryback’s part and Owens has just the right style to raise the stakes and make this match feel like more than just a Smackdown main event or something. Ryback displayed some freakish strength in match and the match had a believable finish that felt appropriate and natural. Welcome to the reign of KO.

Match #3: “The Show-Off” Dolph Ziggler vs. “The Bulgarian Brute” Rusev

This is just depressing. Two guys who should be at the top of the company relegated to the bottom of the mid-card with nothing but damage being done to their characters. If we look back to just under a year ago at last year’s Survivor Series, Dolph Ziggler was poised to be the next big thing. Being the sole survivor in such dramatic fashion should have earned him a lengthy storyline at the top of the card. Instead he was “fired” and Rusev got squashed by Cena. This match had a dumb finish to go with it’s already dumb story. That all being said, this match was much better than their match at Summer Slam and featured Rusev doing perhaps the greatest DDT sell of all time. Dolph wins and I don’t care.

Match #4: Tag team championship match between The New Day and The Dudley Boyz

When they first came on the scene, I couldn’t have imagined a day when I would have said The New Day is one of the best acts in WWE. That day is here. Xavier Woods plays a trombone on the way to the ring while Kofi Kingston and Big E sing Frank Sinatra for christ’s sake! I love that The Dudley Boyz are back but their ascent to challenging for the titles has been too fast and kind diminishes the prestige of the belt. This wasn’t a particularly remarkable match but I am happy The New Day retains. NEW… DAY ROCKS!!!

If Charlotte did NOT hurt herself then she is the greatest injury seller in the history of sports entertainment. All of the recent Diva call ups are incredibly talented but I gotta be honest, I think Becky Lynch is the one. She is a star so hopefully she will be the one to get a real push and not simply play second fiddle to Charlotte and Paige.

Y2J!!! The Ayatollah of Rock n’ Rolla himself. As much as I love Chris Jericho, I would have seen this moment used as an opportunity to elevate a younger star or perhaps even an NXT call up. The content of the match was pretty good and Braun Strowman is still scary as hell. Jericho ate the pin setting up a storyline that will inevitable go nowhere. Eh.

Yes, I know everyone hates John Cena but the man keeps turning in the best matches on WWE programming. I gotta say though, I am dying for Rollins to turn face and if they did a double turn in the same match that would be incredible. Alas, that is not what happened tonight. Smooth match with some great spots and no major botches. Cena wins. Thumbs up!

Ok take what I said about Charlotte earlier and multiply it by 1000 for Sting. He was definitely hurt and had to be helped out of the ring. If they keep pushing the nostalgia factor they are going to get someone killed. This is coming from HUGE Sting fan. Sting was my favorite growing up and I hate that this is how his career is ending. Being the consummate pro that he is, Sting managed to make it through to the end of the match and put Seth Rollins over. Sting seriously deserves wrestling fans respect and they need to just put him in the Hall of Fame at the next wrestlemania and be done with it before someone REALLY gets hurt.

Also check out Comic Books/Wrestling Crossover #2: The Best in the World

Extras: Shamus attempts to cash in the Money in the Bank but for some reason keeps choosing to bring referees to the ring with him that seem to have no understanding of what the MITB is resulting in an awkward moment until… KANE!!! eh who am I kidding? I’m not really excited about this.

It really shouldn’t be THAT hard to tell a coherent story but over the past few months I’ve come to realize something: WWE doesn’t care.

Let me know what you think in the comment section below…