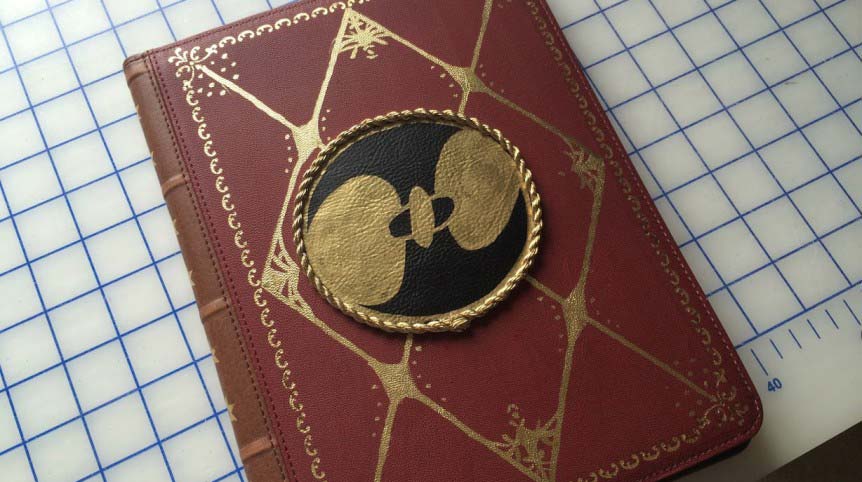 Scott from Indigo Comics asked me to fashion an ipad cover to look like a spellbook for the upcoming Baltimore Comic Con. He wanted one to showcase their online comic book, Zachariah Thorn. The comic is about a boy who awakens the darkness of the world when he receives an amulet on his 16th birthday. Scott wanted the book to reflect the occult-ness of the comic.

I was able to find an ipad cover that looks like a book for only $7.00 on amazon. It already had some gold stars on the spine and I was planning on adding some embellishments with gold leaf paint.

The front had a design embossed on the front that I decided to cover with the Eye of Ariah, the design that is on the amulet Zachariah gets on his 16th birthday.6 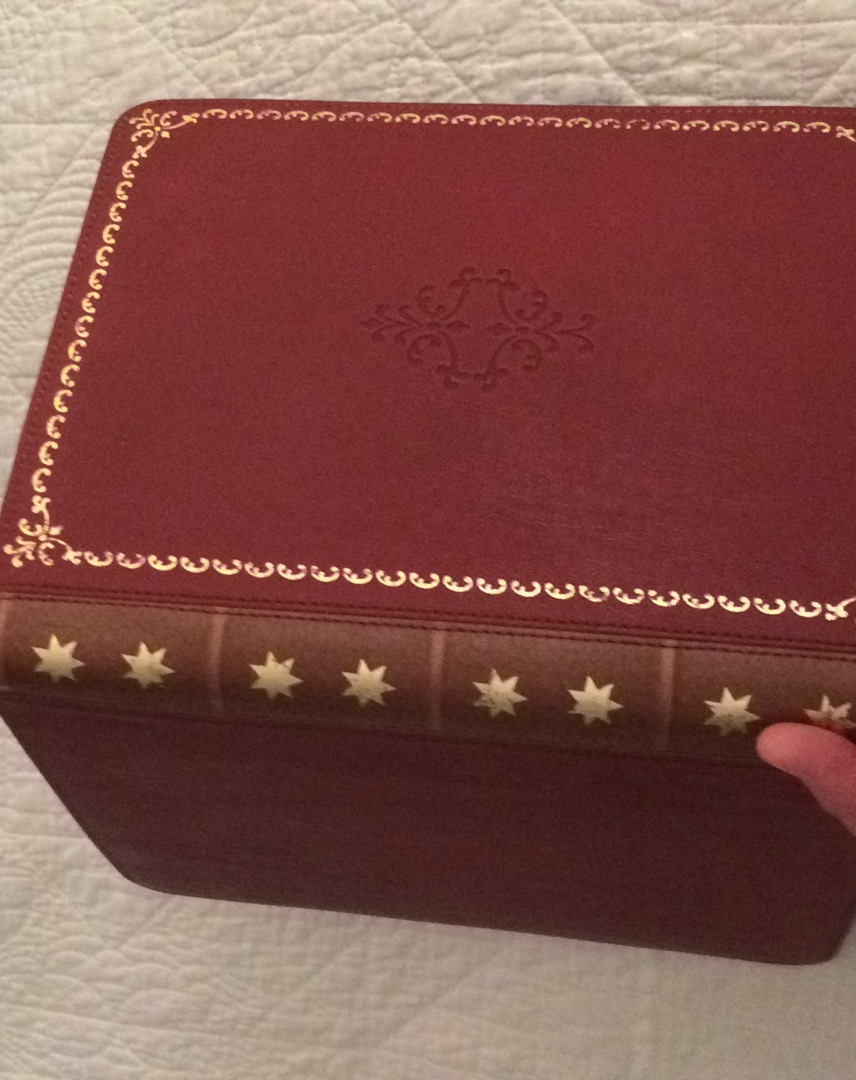 These are most of the materials I used. Although, I didn’t end up using the metal corners. They just didn’t fit right. 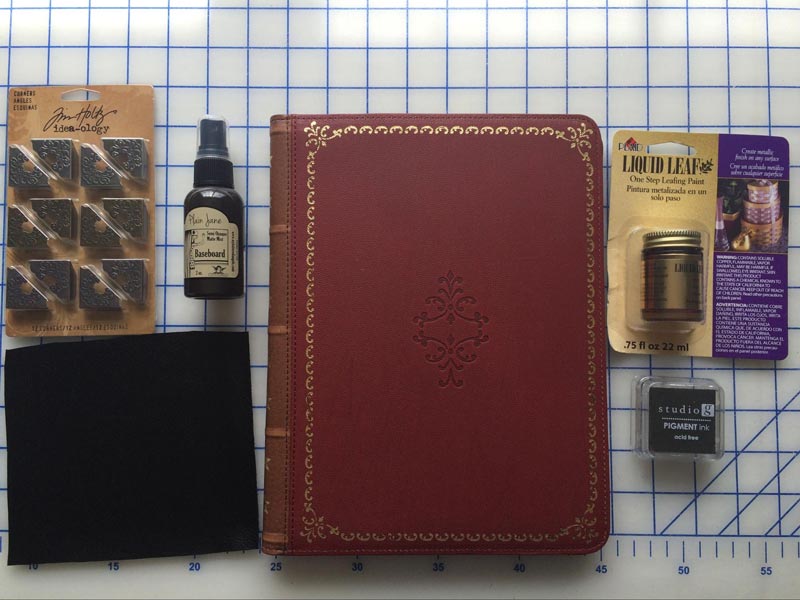 To make the Eye of Ariah, I started with some black pleather material. The Eye of Ariah is an oval shape so I drew two, overlapping circles, about a quarter inch apart and cut around the outer circles. 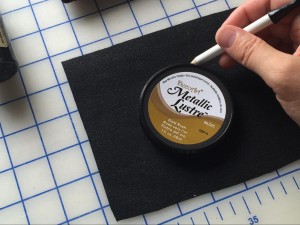 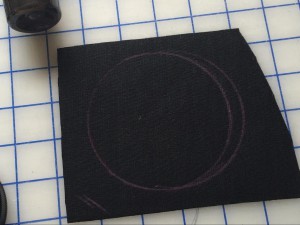 I started painting the logo with the gold leaf paint. I thought it turned out pretty good considering I freehanded the whole thing. 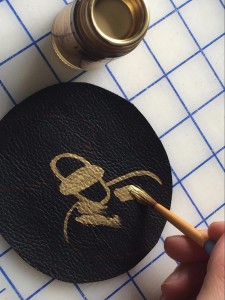 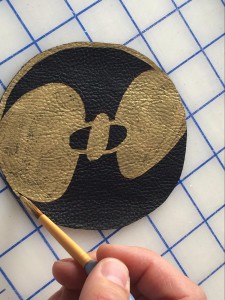 I nabbed some gold rope from my Diana Prince costume and decided to wrap the logo using the Fabric Fusion glue. 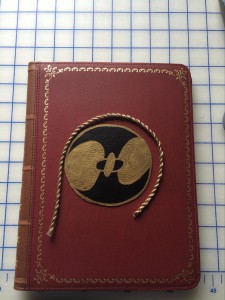 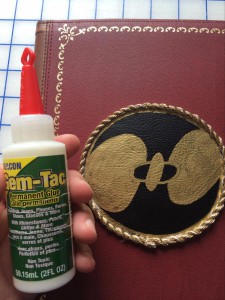 This glue is the awesome for pleather. I actually tried to peel the logo off after it dried to move it and it started ripping the cover. It is crazy strong.

I started painting a X and a diamond, sort of like an argyle pattern. It was at this point that I realized I centered the Eye to the front and spine and not the front cover by itself. That’s the point where I tried to peel off the Eye and move it. When it started ripping the fabric is when I decided I had to come up with another solution.

To distress the cover and make it look old and battered, I grabbed an ink pad and distressing spray from the scrapbooking section of AC Moore. With a scrap of fabric, I started blotting the ink from the ink pad all over the cover, focusing on the corners because they would have gotten the dirtiest from being handled the most. 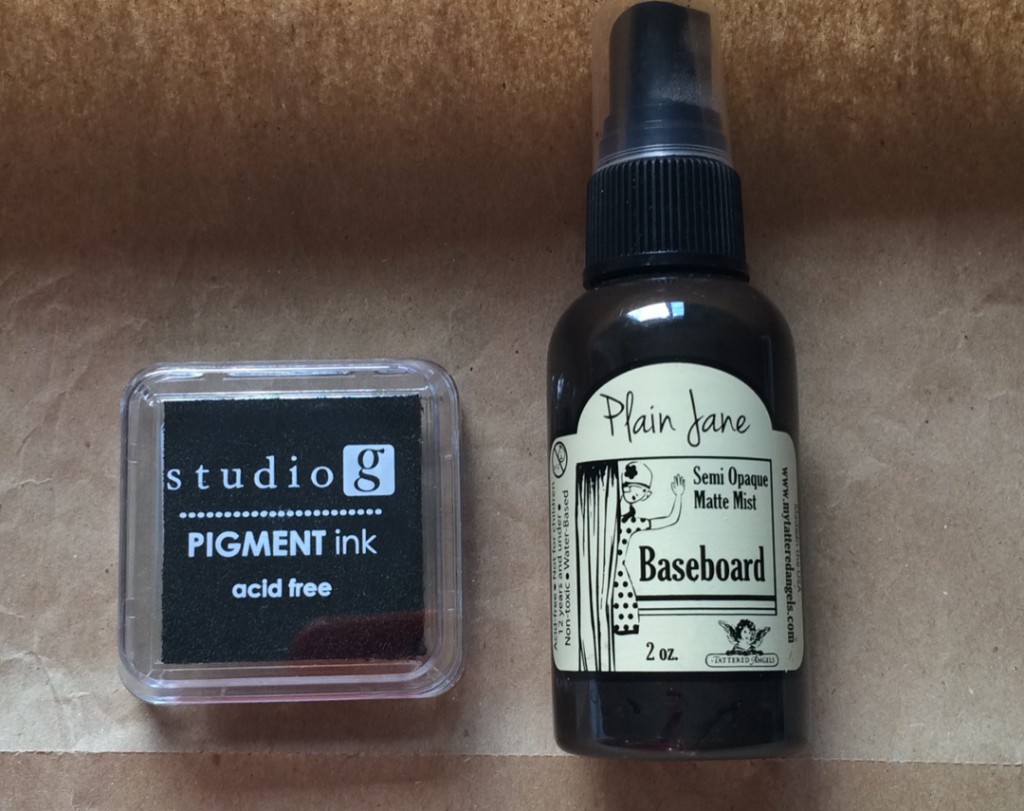 The sprayer on the distressing spray didn’t work so I just shook out some of the liquid all over.

Once it all dried, I sealed it with a few coats of clear coat spray paint. I wanted to make sure the ink wasn’t going to rub off on the hands of anyone who picked it up. 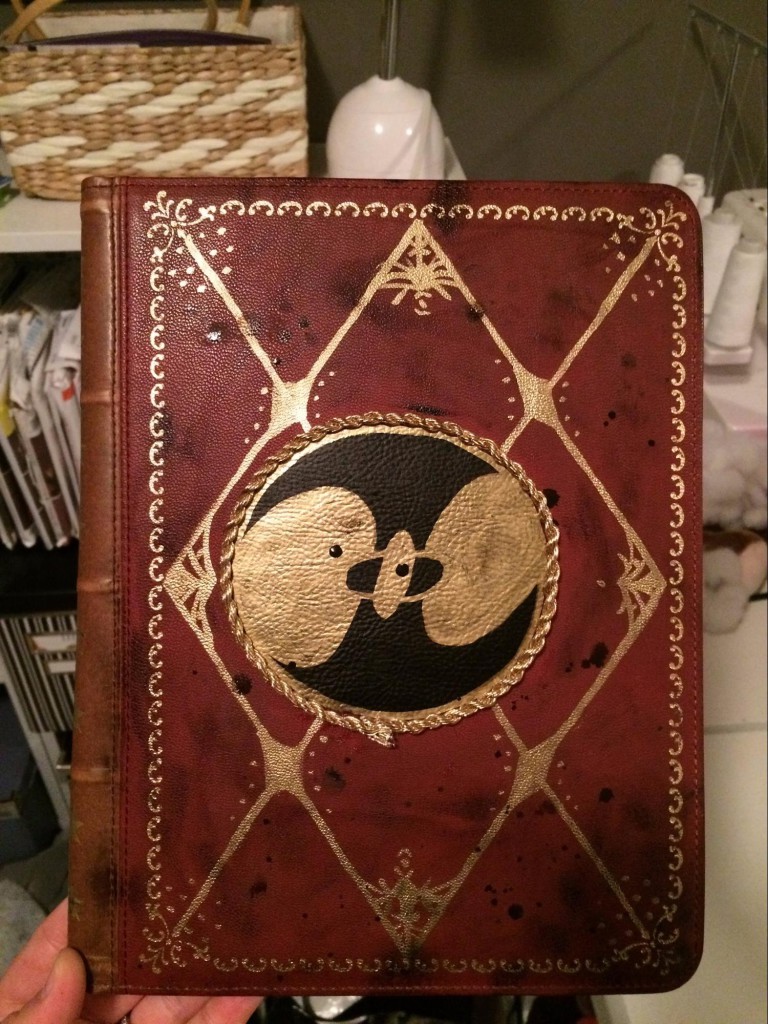 To address the off-centered logo, I bought a hinge and padlock from the hardware store and glued it on the opening. That didn’t hold up too well and the hinge ended up falling off during the weekend, but it looked cool with just the padlock hanging off the front. I mainly wanted to fill in that spot on the right side of the logo so it didn’t look so off centered. 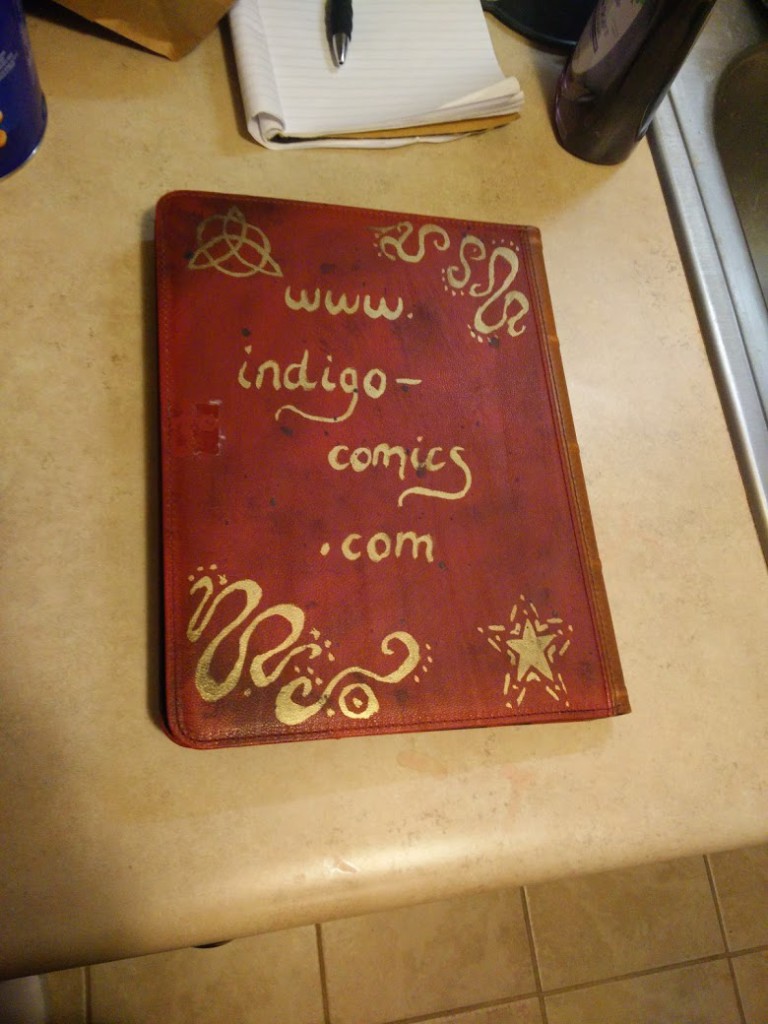 I also inscribed the indigo comics website on the back with some hex looking symbols to finish it off. 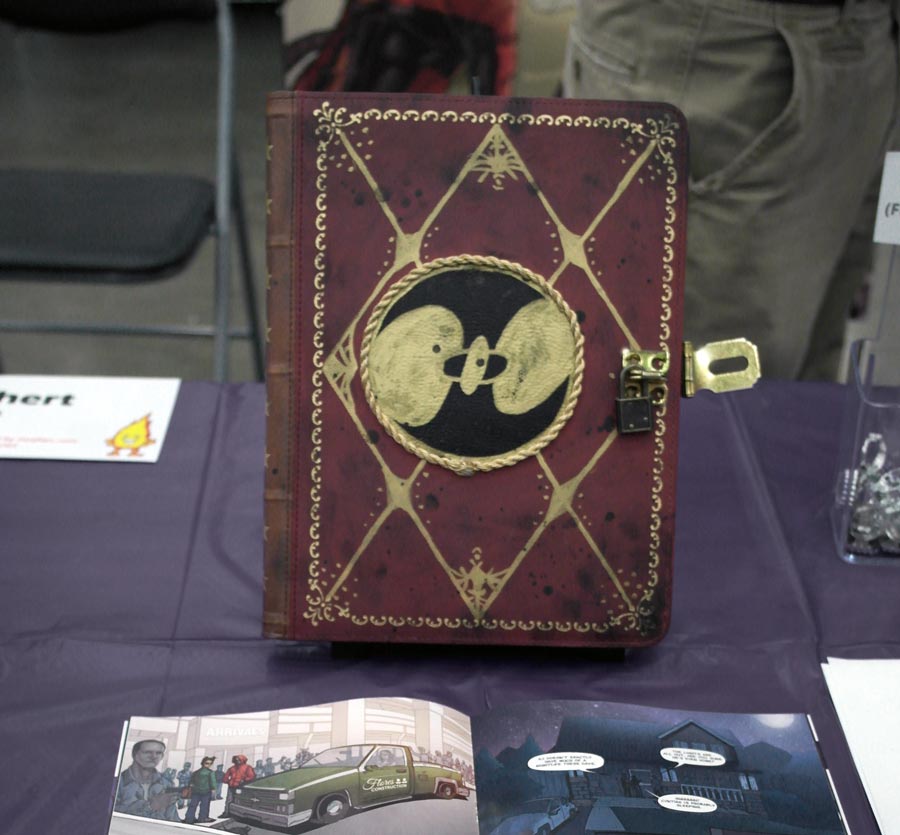 Scott was thrilled with the outcome! In fact, the spellbook tablet case got such a good response that I was asked to make one for my friend, Shelly. She and her family stopped by the table and her son, Austin, was especially fond of it. 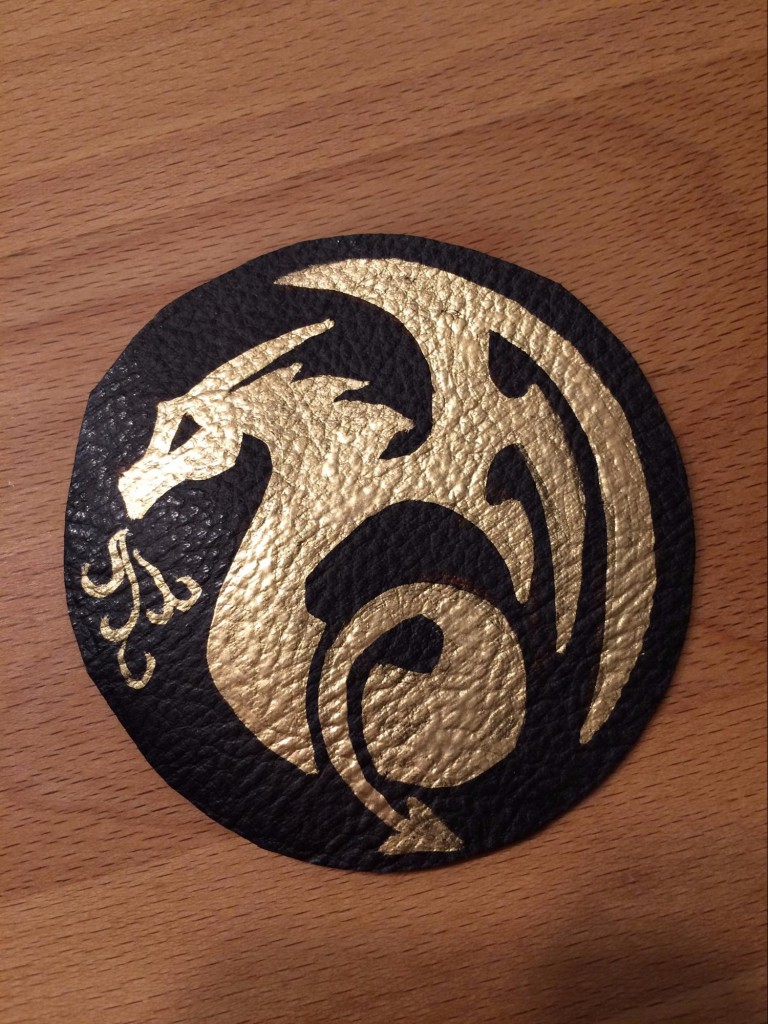 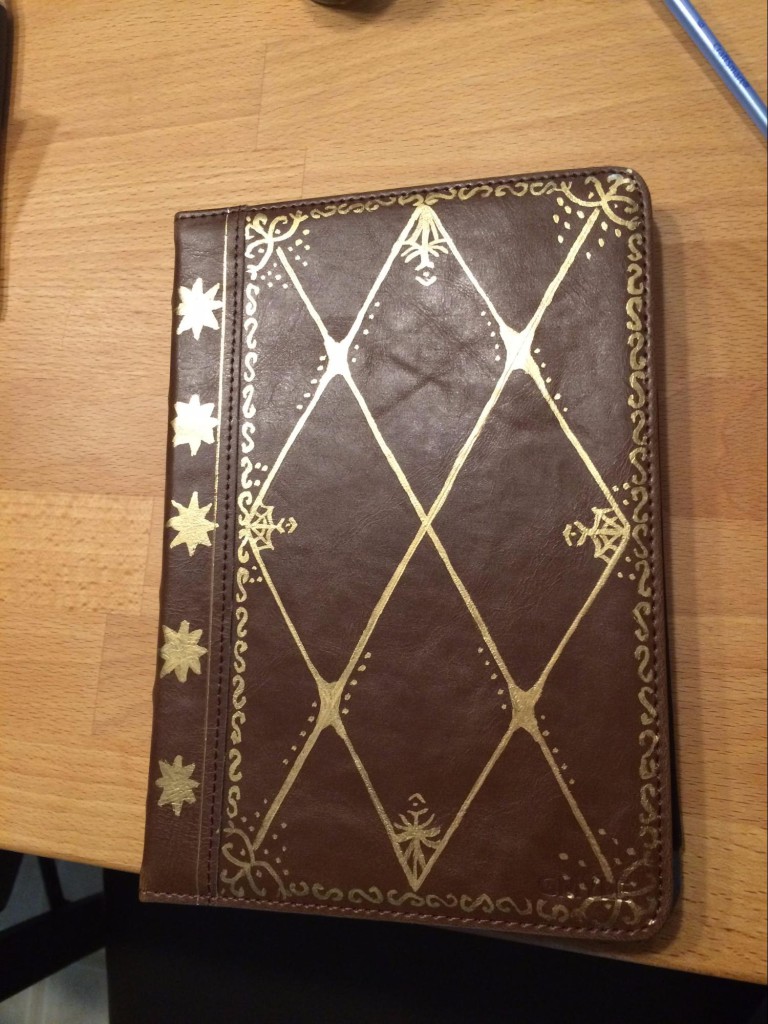 I asked Robert Reichert, the other half of Indigo Comics, to help me come up with something for the back. He found this really cool quote and even drafted it up for me to paint on the back. This is what it will look like:

I love the font. I hope I can do it justice. 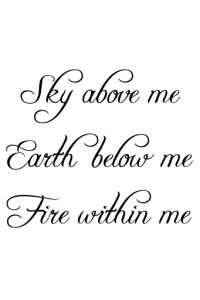 I had a lot of fun doing these books. And I was excited to help out Scott and Robert with their table at the con. 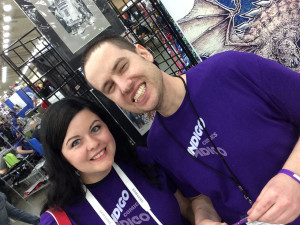 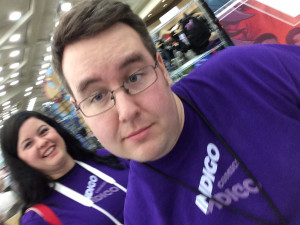