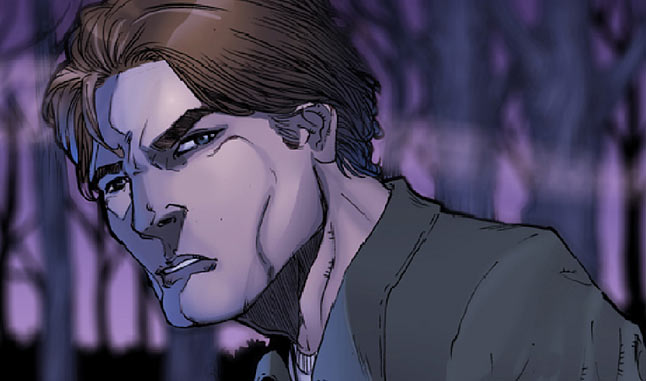 Zach Thorn is a young man in his mid-twenties who is more world weary than he would care to admit. When Zach was 16 years old, his father gifted him a family heirloom that had been left for him by his late mother. The heirloom, a necklace with a bronze medallion, is in fact an artifact handed down through the generations since the Dark Ages known as the “Eye of Ariah”. It was prophesied that one day the heir of Ariah would wield the medallion and summon a second age of darkness.

Zach now spends his life attempting to use his power for good in an effort to put the lid back on pandora’s box. The planet is infested with all manner of evil beasts lurking in the shadows and preying on the weak. Zach travels the world defending the innocent from the forces of evil that his dark gift has wrought upon the Earth.

Powers/abilities: (when in possession of the Eye of Ariah) Master of dark mysticism, pyrokinesis, necromancy, summoning, invulnerability to fire, skilled hand to hand fighter, extensive knowledge of the occult.