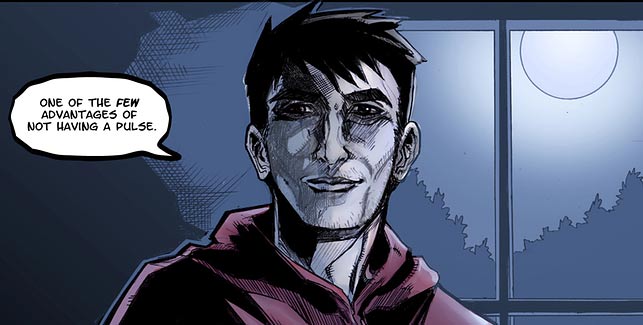 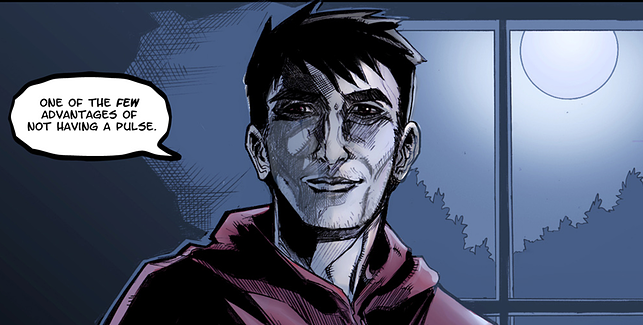 Eli Merric died in a car crash 10 years ago. He was a well liked young man, known for his quick wit and sense of humor. On his 25th birthday, Eli went out to dinner with his girlfriend, Stephanie. It was his intention to propose but nerves got the better of him. On the drive home, Eli was preoccupied with trying to work up the nerve to ask Stephanie to marry him. Two miles from her house, he finally found the courage and he reached into his pocket to retrieve the little box that held his grandmother’s ring. As he looked at his love, his heart swelled with joy and pain. He then saw the headlights beyond her. In a moment it was over.

Sometime later, Zachariah Thorn would come into his dark power. Zach inadvertently raised Eli from his grave. The thing you never realize about being afraid to die, is the fear remains even after death. Eli is now an ally to Zach and his friends. He will always carry with him the memory of his departed love, the pain of her loss, and the guilt over the circumstances of her death.

Enemies: The Harbinger of Sorrow