Recently we had the opportunity to talk to Joseph Oliveira, founder of AfterLight Comics, an indie comics publisher based in Liverpool, England. Joseph is a BAFTA award nominee and the author of such titles as Folktales of the Cryptids, Ghost Island, and 2084: The New Order. Check out our conversation below and then be sure to check out Joseph’s Kickstarter campaign to fund his project Wendigo Wood #1.

And without further ado, here is our conversation with Joseph Oliveira… 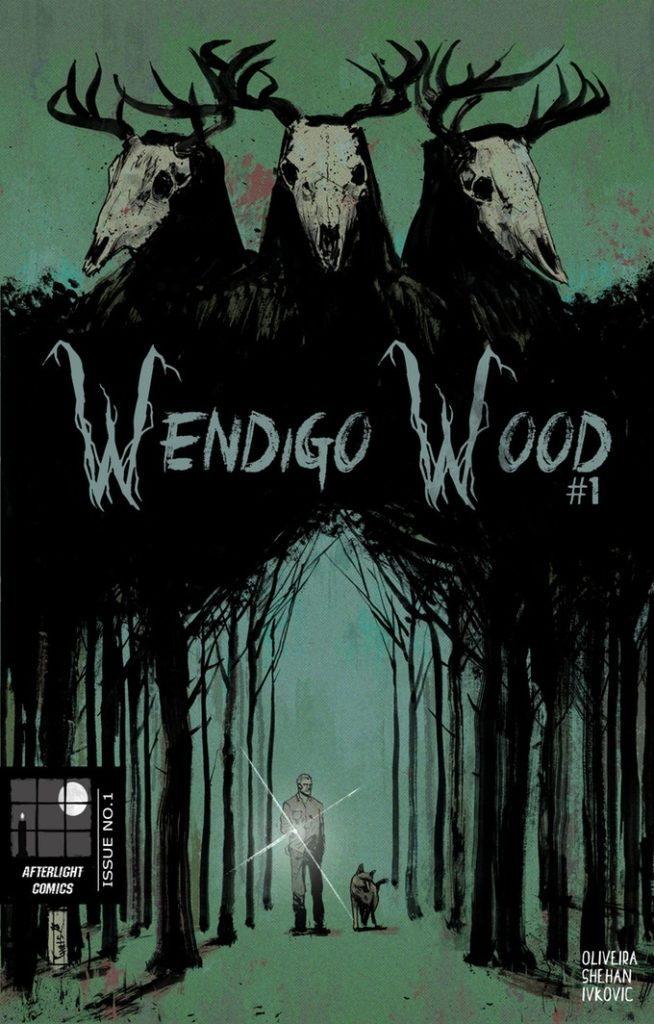 Joseph Oliveira: I’d say it started in my teens. My parents bought me a small handycam when I was 13 years old. It was from that moment I wanted to tell stories, I began making short films with friends and that went on for at least 10 years. I won Liverpool film festival in 2008 and 2 years later I was nominated for a young persons BAFTA award.

Joseph Oliveira: I’d say M. Night Shyamalan’s early works are great influences to myself. My favourites being The Sixth Sense & Unbreakable. I always ground my stories into reality so it feels real and the horror really hits closer to home.

Is there anything in particular that you find inspires or informs your work?

Joseph Oliveira: A simple piece of a film soundtrack can inspire me write a whole story, that’s where most of my ideas are spawned from. The sixth sense started the whole Ghost Island series.

How did the idea behind Wendigo Wood come about?

Joseph Oliveira: It started last year, my friends at Frisson Comics run a quarterly zine with a horror theme every year. Last year I submitted a 6 page short story to it with the theme creature feature. I wanted to challenge myself to write more short stories, so i did some research about cryptids and wrote another 3 stories and this ended up making the Folktales of the Cryptids comic that released earlier in the year. I’ve always wanted to write about the Wendigo and i just felt there was so many places that you could go with it, that it deserved to have a whole series dedicated to it.

Your artist, Vukasin Ivkovic, has done a fantastic job of capturing the atmospheric and mysterious tone of your story. How did you two connect and what was it like collaborating?

Joseph Oliveira: Vukasin has done an amazing job, it’s really key for me that on each horror comic i work on that the artist captures the atmosphere right from the get go. I actually found Vukasin through facebook and he actually did the colours for 2 of the stories of folktales of the cryptids and also the cover. After the amazing job he did with it, i knew he was the right man for the job.

Joseph Oliveira: Start off small, it’s so easy so dive in to a big grand scheming plot. So start off with a short story, 6, 10 pages. You’ll learn so much from just completing something small. You’ll find out ways to improve and you can then organically grow from there and keep getting better and better.

Joseph Oliveira: I would say this was the case in my first year of making comics, but lately I’ve been fortunate enough to have gained a really supportive readership that like my ideas and where we’re going at AfterLight Comics. We’ve had 5 successful Kickstarters which include Ghost Island, Folktales of the cryptids with Wendigo Wood set to be our biggest Kickstarter yet. So I’ve managed to schedule releases of when books come out up to the end of 2019  and they’ll  all be getting the shared amount of attention they deserve. 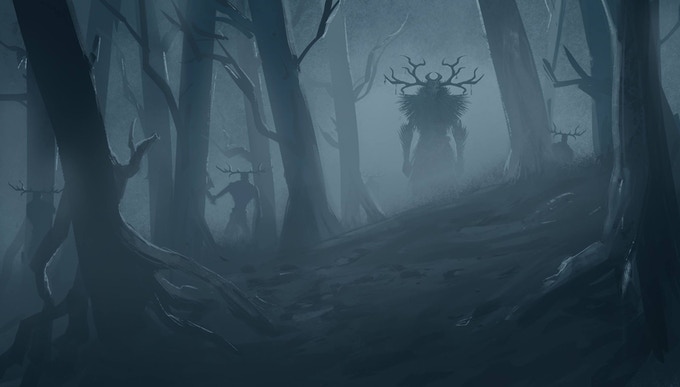 Joseph Oliveira: I’d love to do a sci-fi horror based on humans vs AI. Or completely twist the superhero genre on in it’s head and develop it with a horror theme.