The Aurora Cycle is a fantastic magical adventure written and illustrated by the multi-talented Dan Hupalo. The most recent entry in The Aurora Cycle’s mythology or “movement” as Dan like to call them is The Flowers of the Taiga and is currently in progress and available to read at www.TheAuroraCycle.com. We were happy to get the chance to discuss Dan’s work with him. Our conversation can be found below…

My paternal grandparents were artists and as a result I grew up around art. I learned art fundamentals early but never put them into practice professionally until recently. I have a full-time career as an academic scientist, so I find myself coming back to art as a source of inspiration and stress-relief. In fact, I kind of had two introductions into art, the first as a kid/teen, and then later in my late 20’s after abandoning/rediscovering my passion for it.

This is an important question for me, because above all else, my stories are influenced by other writers. Different authors inspire different aspects of my writing. For example, I feel like contemporary authors like Donna Tartt (a true favorite of mine) are big influences in terms of creating deep characterization and realistic environments. I look to authors like Neal Stephenson when I’m trying to develop the compelling and clever technical aspects of stories. For fantasy components, I look to classic authors such as CS Lewis, Dianna Wynn Jones, and JK Rowling and try and deconstruct what about their work carried those interesting aspects of whimsy. Lastly I think I draw a lot of ideas from the history, and have always draw a lot of inspiration from non-fiction authors such as Richard Rhodes and Eugene Weber.

This all gets put together into a pot and comes out as my style, which if I had to define, it would be on the border of urban fantasy and magic realism. In the future, I hope to push more in the direction of contemporary literary fiction, but for this first series I stuck with fantasy. 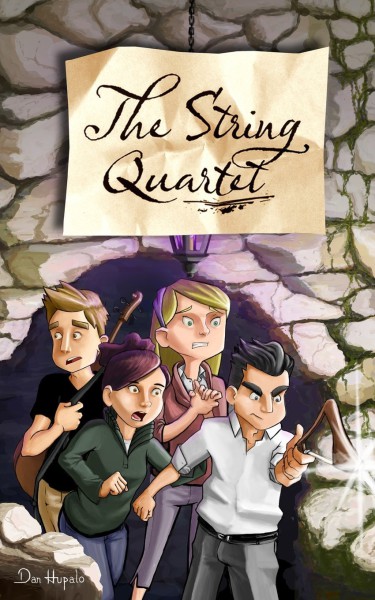 Comparative mythology, which is a bit cliche nowadays. I really love the history and culture of different legends and have been an active student of foundational authors in the field of Comparative Mythology. I always find, that when I’ve been stuck on what to do next, I turn to old myths and legends. I draw from them not specific plot points, but themes and big ideas about direction and meaning.

This a bit murkier because things filter into my style of drawing in so many ways. I think the artists that have lasting influence for me are those who attach their art to stories. For example people who I look to for inspiration are: Brett Helquist, Katsuhiro Otomo, Glen Keane, Gurihiru Studios, John K, Satoshi Kon, Stanley Kubrik, and Mamoru Hosoda,

This whole project definitely has a innovative feel to it. Before making comics, I had written two novels and became really comfortable in the flexibility that text fiction allows an author. It allowed me to explore trains of thought and long passages of dialogue that while intriguing in text, would not work in comic form. Often I found these passages to be the best parts of the book, and started thinking about ways I could integrate that into a more visual style.

If there is one hallmark of webcomics, it is that they are slow to produce, and cliche in story. A few outliers manage to break out of this mould, but they rely on an improvisational style which doesn’t lend itself to clean storytelling. I think my goal in this comic is to bring some of that literary detail I learned while writing novels into the comic world.

The results of this experiment have been a bit rough at first, as I got a feel for the space, but I think now that chapters are rolling out every 2 months the flow of the story will be both swift and cohesive. I want to deliver complete chapters which comprise complete episodes of a larger story. I hope these will do the requisite foreshadowing and character building to create a compelling and cohesive story.

How did the idea behind The Aurora Cycle come about?

Long story, but the short version is that I was writing my PhD thesis and was losing my mind and needed a stress relief. I was feeling a bit creative and on whim started constructing a fiction novel. As for the actual idea of the series. I was sitting on a bus listening to opera, specifically Das Rheingold, and i was thinking about the idea of gold presented in that story. The titular magic gold from the opera is an allegory for money/power and I started thinking what classic fantasy stories would be like if this same paradigm was applied to them. Like, what if the kids from Narnia realized the world-altering social implications having a teleporting closet? The Pevensie kids had a good, wholesome time, but I don’t think they ever had to deal with realistic challenges or consequences of magic. 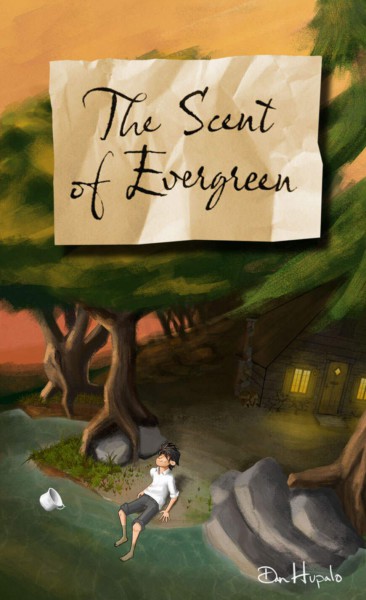 Build mountains one shovel at a time. Sometimes when you look at successful independent creators it seems really daunting, however, once you apply yourself to a story things move quickly if you are disciplined about creating. Inspiration is unreliable, while work ethic is something you can count on. Set regular goals and make a habit out of the tasks. Soon you’ll be doing them automatically and the slow steady accrual of work will start to really build something big.

I’d want to see a Transmetropolitan animated movie made by Satoshi Kon.

I have a folder full of stories yet to be fleshed out, but specifically I have one that I am actively plotting out right now tentatively titled The Black Dog. After I finish The Aurora Cycle, I want my next book to be a contemporary literary novel. It is a close character exploration based on my experiences growing up. I am looking forward to writing it because it deals with a lot of subjects that don’t get touched on in The Aurora Cycle.

For all three parts of this current series I had female POV leads, and am looking forward to writing a story that primarily deals with boys/mens issues.

Be sure to keep up with Dan Hupalo on twitter @HupaloDan.

For more from Dan Hupalo visit his website HERE, also check out his Tumblr page hupalo.tumblr.com as well as his Goodreads PROFILE

For more interviews with independent artists and creators, check out We Love Your Work #12: J.G. Birdsall