We recently had the opportunity to talk with independent writer/creator Austin Hamblin. Austin is a prolific creator and writer with many indie credits to his name. He is the creator behind The Adventures of Punk and Rock and more of his work can be found at www.hamblincomics.com.  Check our conversation below… 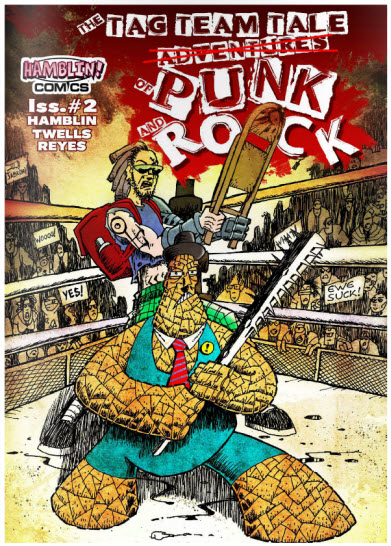 You know I don’t have a great answer for this. I have always had a large imagination. I never played with toy cars as a kid I was always into creatures or toys of people. Teenage Mutant Ninja Turtles, Power Rangers, GI Joe etc. I would make stories with my toys then one day I just decided to write them down and I haven’t looked back since.

Mostly talking to myself saying “wouldn’t that be cool” or things running through my head before I fall asleep.

I guess I might say my journal. I write in my journal everyday. Sometimes its outlines, story ideas, daily entries, reviews, anything I feel I have to get out of my head and on to paper. 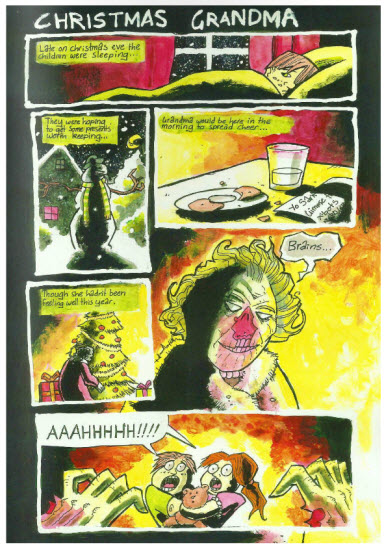 ting word balloons on. Currently we have 4 issues out and the fifth is being drawn with a graphic novel to follow. The story follows the two title characters Punk and Rock who are two screw up bounty hunters who will do anything for money along with a third main character the narrator who is a snarky asshole who only narrates the comic so he can pay alimony to his ex wife. Each issue is a different self contained adventure.

I self publish my stuff and sell it at cons, but the advantage of putting things online is that the world can see. More people can read my stuff, stalk me, or even most likely tell me they hate me.

I would kill to see Jeff Lemire write and draw a Ninja Turtles book!

I have an entire folder on my laptop full of ideas and a binder called “the crank files” filled with random character ideas.

More serious matters like the meaning of life, corrupt government, things of that nature. 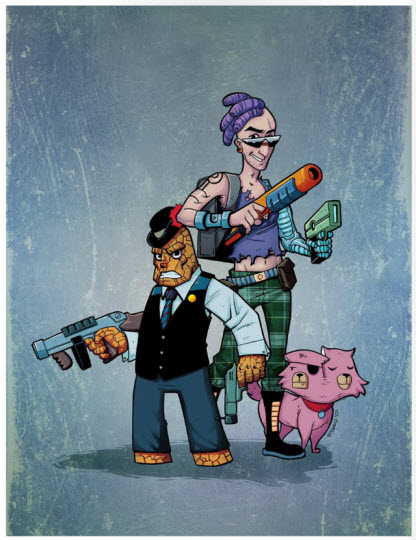 Also, be sure to check out We Love Your Work #7: Patrick Trahey