Hey there comic book nerds and nerdettes. Today we count down the Top 5 moments in Joss Whedon’s Astonishing X-Men. Joss Whedon and John Cassaday’s run on Astonishing X-Men is, in my opinion, the best X-Men arc ever done and If you haven’t read this particular story arc then fair warning: there are some spoilers ahead… 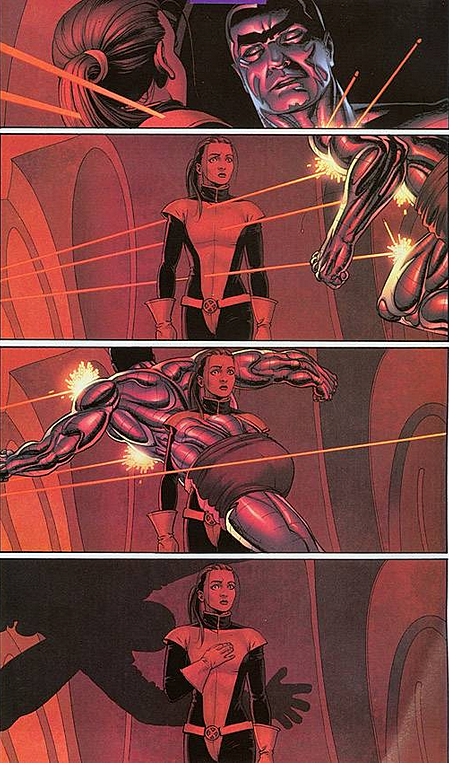 By the look on Kitty Pryde’s face we can tell she was as surprised as we were to see the big metal Russian. It had been two years since Piotr Rasputin sacrificed himself in order to release the cure for the Legacy Virus and in comic books two years is a pretty long time for a character to stay dead so welcome back Petey!

4) Cyclops is having a crazy day 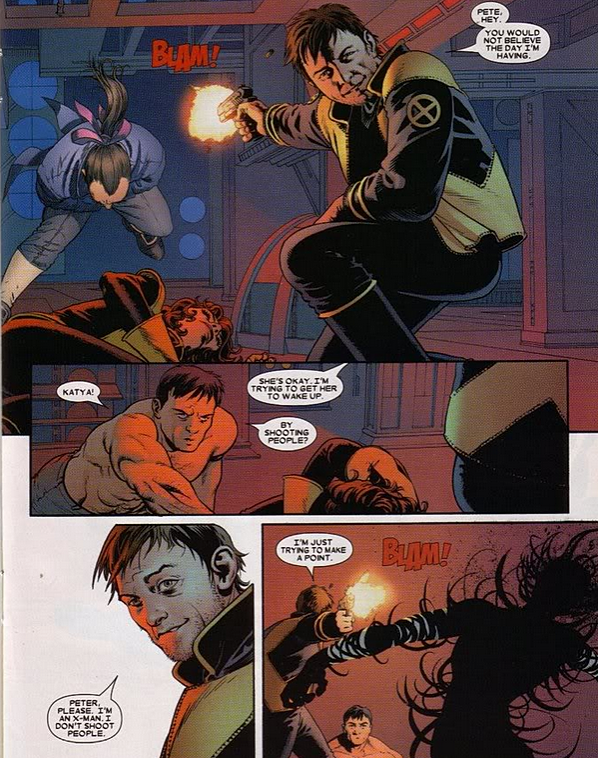 The mansion is being overrun by the Hellfire Club and Cyclops doesn’t have access to his powers. This arc is a major turning point for Scott Summers as it marked the resurgence of the historically milquetoast leader of the X-Men. In this particular scene, Cyclops decides to handle things the old fashioned way.

3) Wolverine gets in touch with his softer side

This arc also marked the beginning of what was essentially a role reversal in the comics between Cyclops and Wolverine. Cyclops would go one to become the loose cannon loaner who does what needs to be done while Wolverine would play the role babysitter at Xavier’s Mansion. But before all that was cemented, Wolverine was still the baddest dude on the block and in Joss Whedon’s Astonishing X-Men we catch a glimpse of his… softer side?

2) Get off Cyclops’ lawn 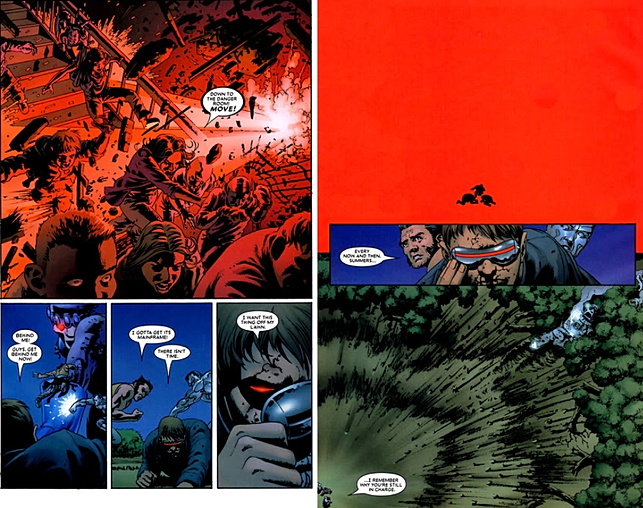 It usually takes some doing to impress Wolverine but when a defunct sentinel rears it’s ugly head on the grounds of Xavier’s school Cyclops lays a smack down to which even Wolverine must give props. 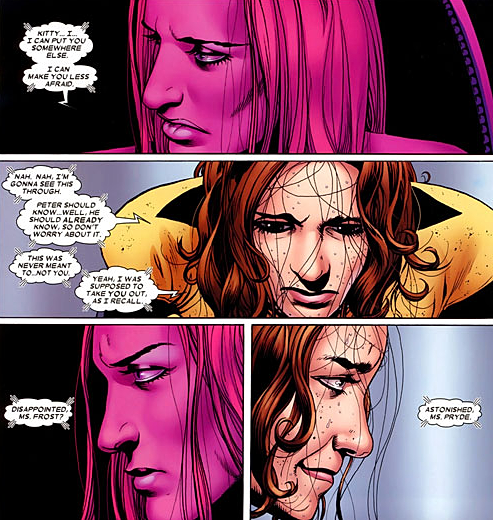 So the outcome of this series was famously ruined in the main Uncanny X-Men storyline but that didn’t take away from the heartbreaking panels that brought this arc to a close. Kitty Pryde makes the ultimate Sacrifice to save the planet by phasing a giant bullet fired through space through the Earth itself.

So that’s it from us here at Indigo Comics. We would love to hear your thoughts in the comments below.