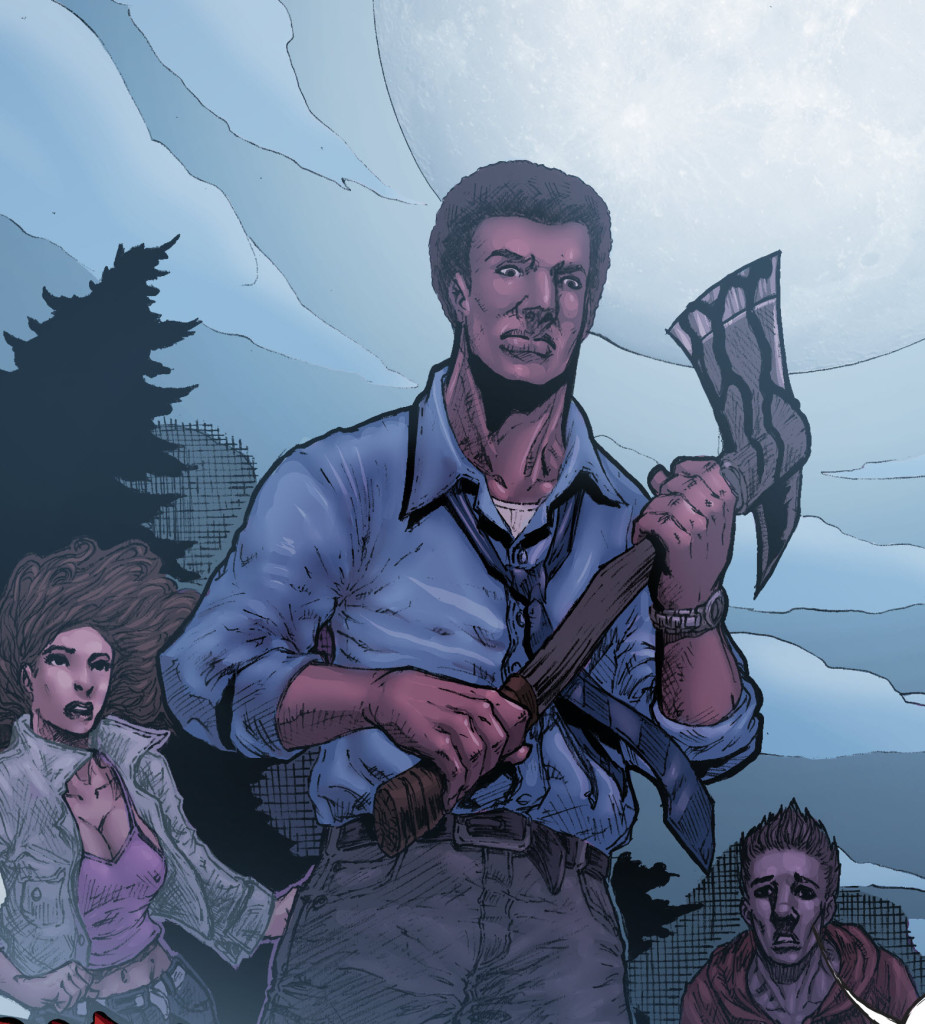 AJ Jordan and his brother Sean were raised by their grandmother to be a responsible and level headed young men. AJ was an odd kid who never felt like he fit in until he met Zach Thorn and Maria Flores. When Zach left home after having inadvertently summoned the forces of darkness, and Maria left for military service, AJ was left to continue with life as if nothing had changed. He finished school and found work.

Six months prior to the events of Zachariah Thorn #1, Adrian’s older brother Sean was killed while serving in Afghanistan. In the wake of Sean’s death, AJ took it upon himself to support his, now widowed, sister-in-law in raising his niece, Cynthia. Adrian began taking Cynthia at night while his sister-in-law was working. Cynthia began displaying disconcerting behaviors, waking up screaming at all hours of the night. Concerned something more sinister was at work, AJ got word to Eli Merric who was able to track Zach to the forests of Bulgaria and bring him home, setting in motion the events of Zachariah Thorn #1.