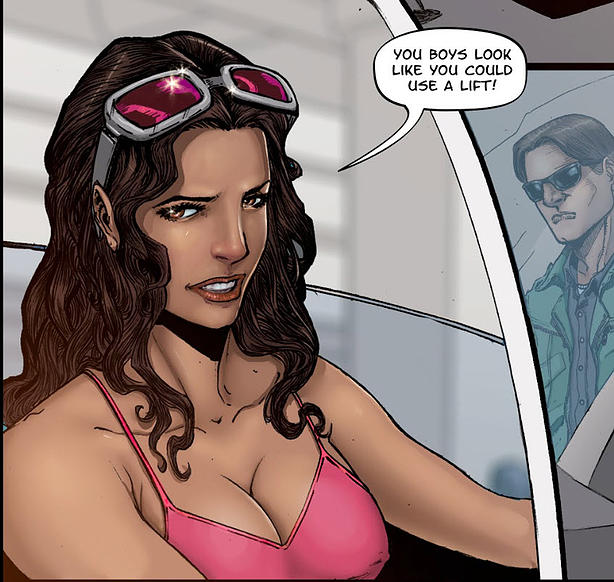 Maria Flores is strong, smart, and beautfiul in equal measure. She is emotional center of the group. Maria came to the United States with her family when she was 5 years old. Maria spent much of her childhood feeling lost and alone as the only child of non-english speaking parents until she met Zach and AJ.

When Maria was 22 years old, she returned home after serving in the United States Army to find her mother had passed away. After the loss of his wife, Maria’s father fell into a deep, downward spiral of depression. This tragic loss coupled with his failing health meant he could no longer handle the day to day operations of the family construction business. Maria stepped in to help for period that she thought would be temporary. 5 years later, Maria is the president and CEO of Flores Construction.