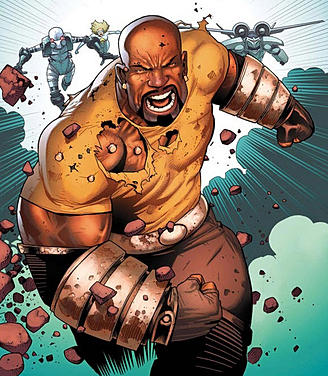 It’s been three days since Luke Cage, a.k.a. Power Man, has gone missing. His last known whereabouts were the south side of Chicago where he had been tracking Dr. Zebediah Killgrave.

The light above him flicks on, bright and hot in an otherwise cold and dark room. He isn’t tied down and yet… he can’t seem to move. A sound cuts through the darkness, a voice.

“You couldn’t leave well enough alone, could you,” said an anonymous voice in the darkness. A tall, slender man steps into the light. His eyes are white and emotionless.

“You must have known how this would end. Foolish. Now your child will never know their father,” another voice sprang from the darkness and a figure stepped into the light. This time it was a shorter, stockier man, just as white eyed and without emotion.

“But don’t worry, I will be sure to comfort your grieving widow,” a final voice spoke, only deeper and more ominous. Into the light stepped Dr. Zebediah Killgrave; Purple Man. 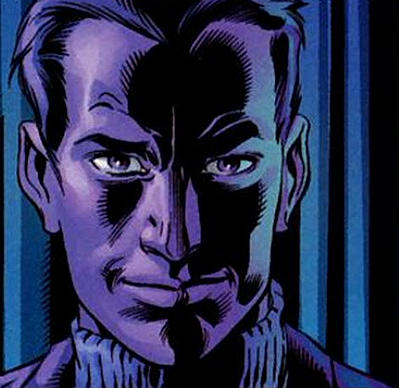 Luke’s mind raced. Thought’s of his daughter Danielle, of his wife Jessica, raced through his mind. Would he ever get to see them again? Was this the end of Power Man?

Then suddenly a crash and the sound of shattered glass being strewn across the cold hard cement floor. The Purple Man’s bewitched and mindless henchmen spring into action at his command to defend against the intruder. The fighting lasted only a moment. The Purple Man’s hold was strong but his goons were outmatched. Only one man remained standing, the intruder.

The Purple Man’s mind controlling pheromones began to swirl around the intruder whose back was still turned obscuring his face.

“You fight well,” said the Purple Man, “but your strength means nothing when I control your mind. Now KNEEL!”.

Without hesitation the intruder hoisted the Purple Man onto his shoulders and then, with a lift, tossed Dr. Zebediah Killgrave back over his head. As the Purple Man fell, the intruder brought up his knee and drove it into Killgrave’s face to deliver a skull crushing GTS. The Purple Man then fell to the floor unconscious.

In that moment, Dr. Zebediah Killgrave’s hold over Luke Cage was broken.  Luke shrugged the cobwebs loose and stood. “How could you resist Killgrave’s influence?”, Luke asked. “I’m a straight edge superhuman, I’m immune to the influence of all mind altering substances,” the intruder replied. “Who are you?”, Luke inquired. “People call me Punk, CM Punk.” 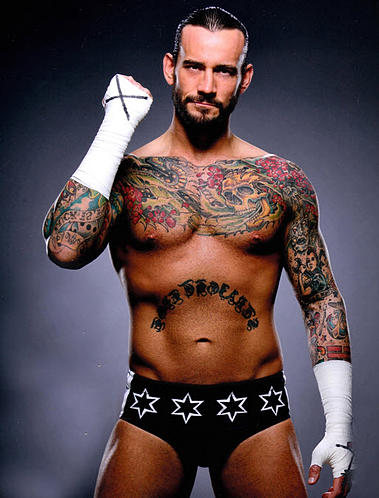