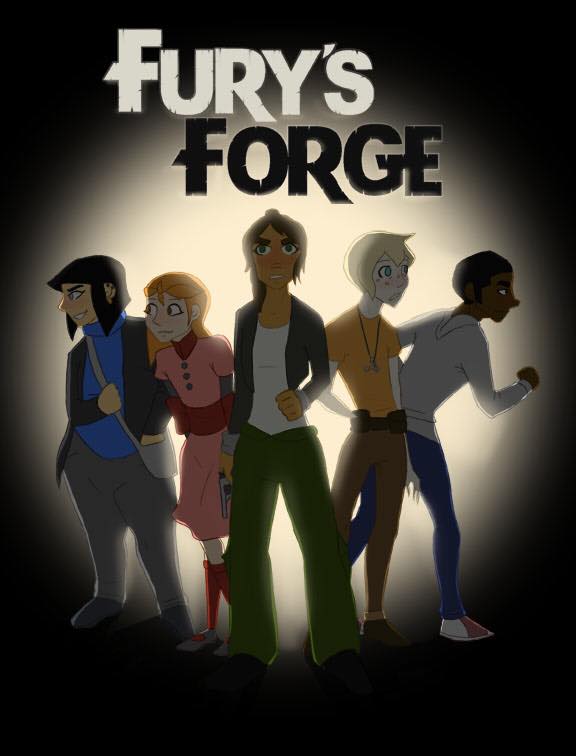 This is We Love Your Work #15: Tessa Beatrice & Zack Rocklin-Waltch. Tessa and Zack are the dynamic creative duo responsible for Fury’s Forge, a comic book series by two high school students featuring authentic women, minority, and LGBT+ characters. These comic creating wunderkind are currently attempting to get their project kickstarted and we urge you to contribute to help ensure they can bring their vision to light. Here is our conversation…

Tessa: My elementary school art teacher was the one who got me interested in the visual arts. Also my dad is an illustrator, which introduced me to telling stories through pictures. He was the one that really showed me how interesting and fun visual art is.

Zack: I had kind of a similar experience to Tessa, but with writing. My grandmother is a little-known (but published) crime novelist so I like to joke that I have writing in my blood. I’ve always been interested in making up and telling stories. Before I could even read I would tell stories to my parents and make them write them down. Writing has always been a part of my life.

Zack: Normally I’d say that Neil Gaiman is my biggest influence for writing. That comes through a little bit in Fury’s Forge, especially in regards to Gaiman’s Sandman series, but more so are graphic novel writers that I can think of. Geoff Johns, Alan Moore, and Scott Snyder come to mind immediately. Bryan Lee O’Malley’s Scott Pilgrim series and, to an extent, Jeff Smith’s Bone series, have also definitely had a huge impact on some of the comedic moments.

Tessa: My art style is inspired most by my favorite animated shows like Avatar: The Last Airbender. Also my favorite video game series, Professor Layton, which really stretches the concepts of human form and character design. My storytelling passion comes from every movie, TV show, or comic I see. I either like something in a story and study it, or I dislike something (like sexism or a lack of diversity) and it makes an impression on me which inspires me to counter it in my own stories. 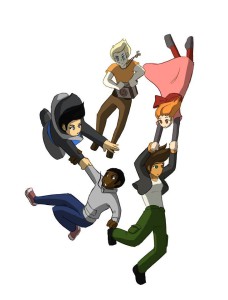 Zack: Well the thing I really like to say to surprise people is the fact that Tessa is the one who hired me to write the scripts, as opposed to the majority of comic creative teams where the writer hires the artist. But at the core this is Tessa’s idea. What’s most unique about our process though is just how closely we work together. Though I wrote the dialogue and the finer details of the action scenes, Tessa and I worked unbelievably closely to get the story and characters just right.

What are some themes you hope to explore in Fury’s Forge?

Tessa: There are some themes like representing authentic women, ethnic minorities, and the LGBT+ community that we strive for in all of our stories. But Fury’s Forge is focused more on the idea of growing up and growing as a person. The Fury’s Forge characters have to work together to get past obstacles, like the real differences between them, or simply the false preconceptions they have of each other. The main theme in Fury’s Forge is the idea that every person is more than just what you see on the surface, and everyone’s personality is constantly changing.

How did the concept for Fury’s Forge come about?

Tessa: The idea for Fury’s Forge started with a dream. It was much stranger and abstract (like there was a room full of stuffed animals and a store run by robots) so Zack had a lot of work to do after I told him about the basic idea. Dreams are a really good way to come up with ideas in general because that’s when a creative mind has no boundaries. Any creative process can benefit from this way of thinking, because it welcomes any idea no matter how absurd it may seem.

Zack: Yeah, so after Tessa asked me if I could join her, I immediately jumped on board. Tessa is so amazing to work with because she constantly pushes me to work harder and be better and I really appreciate that. After she briefed me on her very loose idea for a story and her very firm ideas for the characters, there were many, many long texts conversations and FaceTime calls to plan out the entire story. It all just came from those conversations, which, in turn, came from Tessa’s initial dream. By the way, her dream inspiration, that’s the coolest inspiration story I’ve ever heard. Tessa’s gonna roll her eyes at that. I know she is. 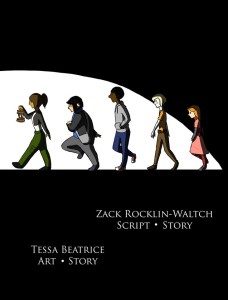 Tessa: I would like to see Mike Mignola draw Hannah from Rat Queens.

Zack: I want Edgar Wright to direct a film version of Jeff Smith’s Bone series. God, I love that comic.

Tessa: I have many projects I’d like to finish (or start) but my biggest one is Micatia. Micatia is an entire world that I’ve been working on since before I can remember. Originally, it was a combination of worlds I had made while playing dolls with my father, writing a play in middle school, drawing maps for fun, and building worlds in my sandbox, but it grew in size and detail as I got older. Now almost everyone I know has a counterpart in Micatia (Zack is Prince Yantis from the Kingdom of Towentis) and I have gods, languages, and I’ve written a whole history for it. I’d really like to share some stories from Micatia, but I just haven’t found the right medium yet.

Zack: I just want to write an epic fantasy series. Tolkien-style. I’ve started before but never got very far. But yeah, that’s my ultimate writing goal.

If you could choose 5 people, living or dead, fictional or nonfictional, to be on your side in a bar fight, err… school cafeteria fight, who would they be?

Zack: Well right off the bat I’m thinking Genghis Kahn. He is the ultimate military strategist and leader.

Tessa: Ok, maybe, but it’s not really a war. 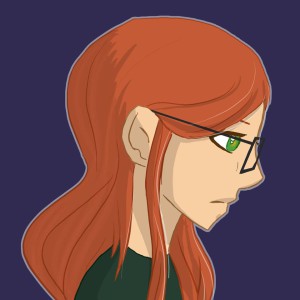 Tessa: I’d go for Wonder Woman because I trust her morals too. You know what I’m saying? I mean, she wouldn’t kill anybody. Probably.

Zack: Well that makes me think of Batman too.

Tessa: Oh yeah, we could just do Batman and then as many Robins as we can.

Zack: *laughs* I don’t know, I kinda feel like that’s cheating. If you choose Robin, you gotta minimize it to one. Ok so we’ve got Batman and Wonder Woman.

Tessa: I’d probably add some people from Avatar: The Last Airbender because they’re all cool.

Zack: Right, right, well we have three slots left so Katara for sure.

Zack: And then… Toph?

Tessa: Well, yeah, Toph would be good, she’d wreck a bunch of stuff though.

Zack: If the goal is to win, then we should have Toph.

Zack: Can we do one of our own characters? Can we do Eve? I totally want Eve on my side in a bar fight. 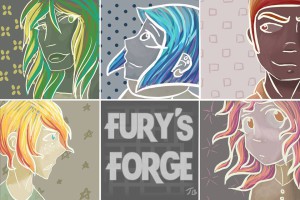 For more from Tessa and Zack, check out their website www.underdogcomics.com

For more interviews with independent artists and creators, check out We Love Your Work #14: Vincent Moreau